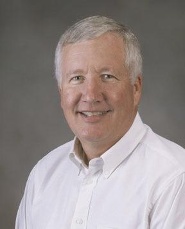 In addition to our beekeeper raffle and seasonal advice on hive management, the speaker for our June 13 meeting will be Virginia Tech entomology professor and honey bee specialist Rick Fell.

Please remember that the meeting time has changed to 6:30 p.m.! As always, we will gather at the Montgomery County Health and Human Services Building at 210 Pepper St., Christiansburg.

Dr. Fell will talk to us about “‘Bee Health, Colony Decline and Pesticides.”

Neonicotinoids are a controversial class of pesticides first approved in the 1990s that are derived from nicotine, which targets the nervous system of crop-damaging insects.  The pesticides, which are generally considered safer for people and the environment than old-style insecticides are absorbed by plants such as canola, making the plant itself toxic to insects that would feed on it.

While some beekeepers, scientists and activists maintain that neonics kill or injure honey bees, other beekeepers, lobbyists and scientists argue that field evidence shows few to no negative effects.

Last month, Britian’s The Independent newspaper reported that 15 out of 27 European Union countries approved a two-year moratorium on the use of neonics imidacloprid and clothianidin, made by German company Bayer, and thiamethoxam, made by Swiss company Syngenta because of alleged impacts on honey bee health.

“The ban on use on flowering crops will remain in place throughout the EU for two years unless compelling scientific evidence to the contrary becomes available,” the Independent reported. Several EU nations, including Great Britian voted against the ban. The chemicals remain legal in the U.S.